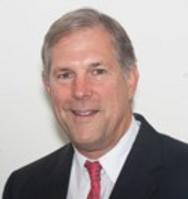 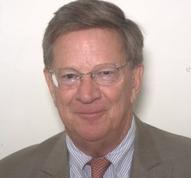 John Y. Freeman is a Director of Colt Advisors LLC having recently transitioned from being Senior Managing Director at Brooks, Houghton & Company, Inc.   His focus remains on providing mergers and acquisitions, private placements and leveraged financings services to middle market companies.  Mr. Freeman has been engaged in investment banking for over twenty-five years.  He and Zenas Colt have teamed for many years in offering M&A advisory services to the New England market.

He joined Brooks, Houghton from an investment banking firm specializing in small cap public market transactions where he was Managing Director responsible for mergers and acquisitions and leveraged fundings.  Mr. Freeman was also a Director and Head of Mergers and Acquisitions for Tucker Anthony, a NYSE-member firm, then owned by John Hancock Financial.  Mr. Freeman began his investment banking career with Citicorp Investment Bank where he served as a Vice President in the Mergers and Acquisitions Department with responsibility for various industry and geographical groups during his eight years with the bank.  Previous to Citicorp, he was a consultant with PWC (then known as Coopers & Lybrand).

Mr. Freeman is a graduate of the University of Virginia where he earned a B.S. in Business from the McIntire School and an MBA from the Darden School of Graduate Business.  He is also a C.P.A.

Zenas M.C. Colt is the Managing Partner of Colt Advisors, LLC, a boutique investment banking firm focused on serving the smaller size of the middle market with transactions typically valued between $10 million to $150 million.

Prior to forming Colt Advisors, Mr. Colt was for many years a Managing Director of Brooks, Houghton & Company, Inc. responsible for client relationships, investment banking services provided by the firm and originating transactions for BHC Interim Funding. While at Brooks, Houghton, Colt completed a number of transactions including, among others, Summer Infant, Inc., Groov-Pin Corp., C.K. Smith, and Amax. (see Representative Transactions for additional detail)

Prior to joining Brooks, Houghton & Company, Inc., he was a Managing Director of Scott-Macon, Ltd. and ran the firm's New England office. Mr. Colt has over 30 years of commercial and investment banking experience primarily working with both Fortune 500 and middle market companies. He has held senior positions at Chemical Bank (now JP Morgan) and at Fleet (now Bank of America). While at Fleet, he held the position of Senior Vice President, Capital Markets Group, where his responsibilities included acquisition financing. He was a founding partner of Fleet Associates, the bank's first investment banking subsidiary. Prior to joining Scott-Macon in 1994, Mr. Colt was Director of Mergers and Acquisitions at Marine Midland Bank and a founder of Connecticut Capital Advisors, which provided corporate financial advisory services to middle market companies in New England. Mr. Colt was the Rhode Island-based market executive for Brooks, Houghton & Company.

Mr. Colt is a graduate of the University of Virginia.

Click here for a link to a Providence Business News interview with Mr. Colt.